The organizers of the event explain that the plant has four times performed such an activity, and this year the event took place before the Russia’s Day. To implement all the landscape – floristic design ideas of participants almost 8 m3 of potting soil were delivered to the public garden and the families were provided with some amounts of money to allow buying some seeds and breeding young flower plants. 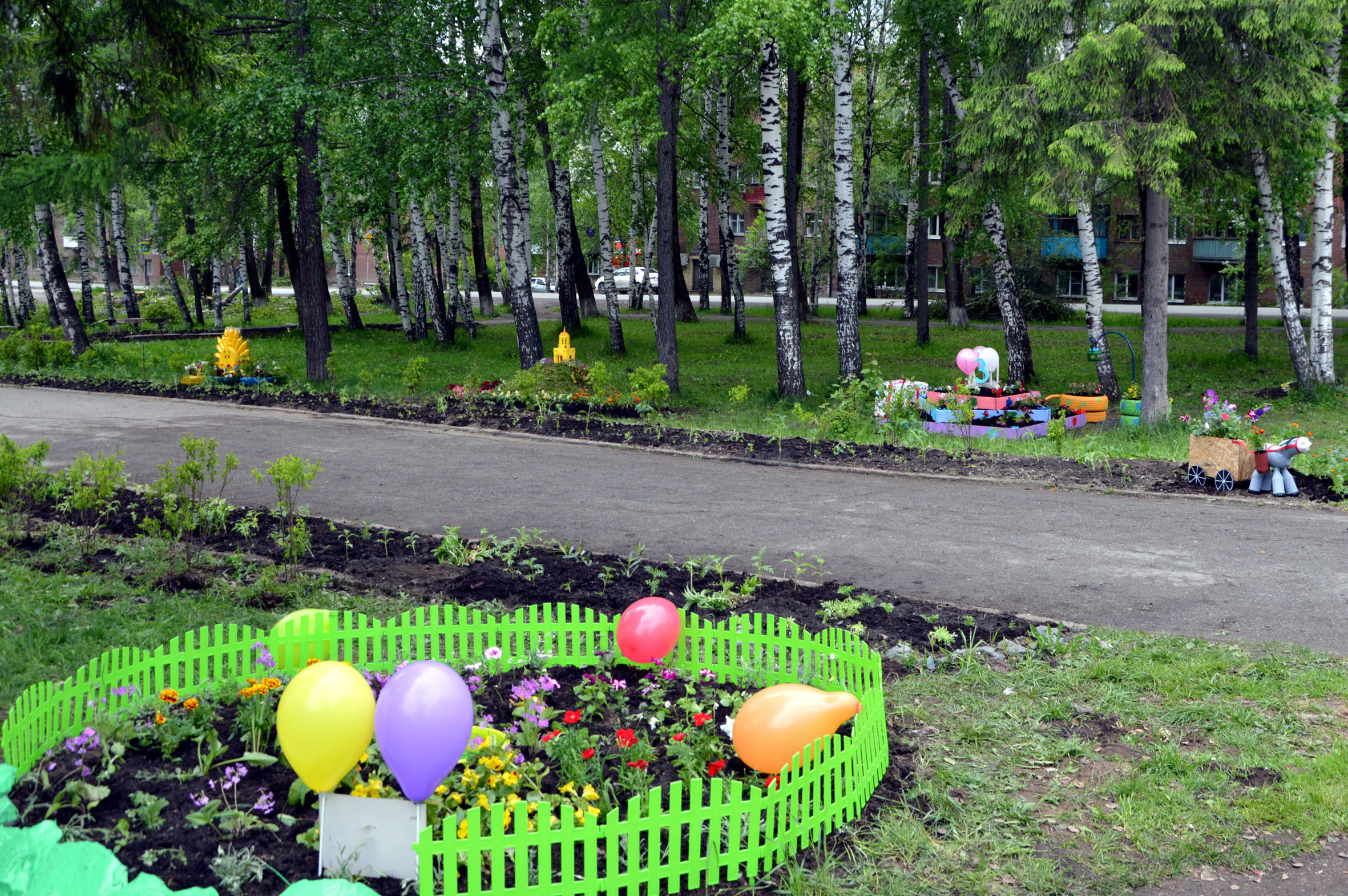 The families are very creative this year. There are no similar ideas! All flower-beds in Jury’s opinion could be considered art-objects.

Each team has its own history. But their unlimited creativity must be applied in a very short time. Thanks God, practically every family has got devoted helpers. 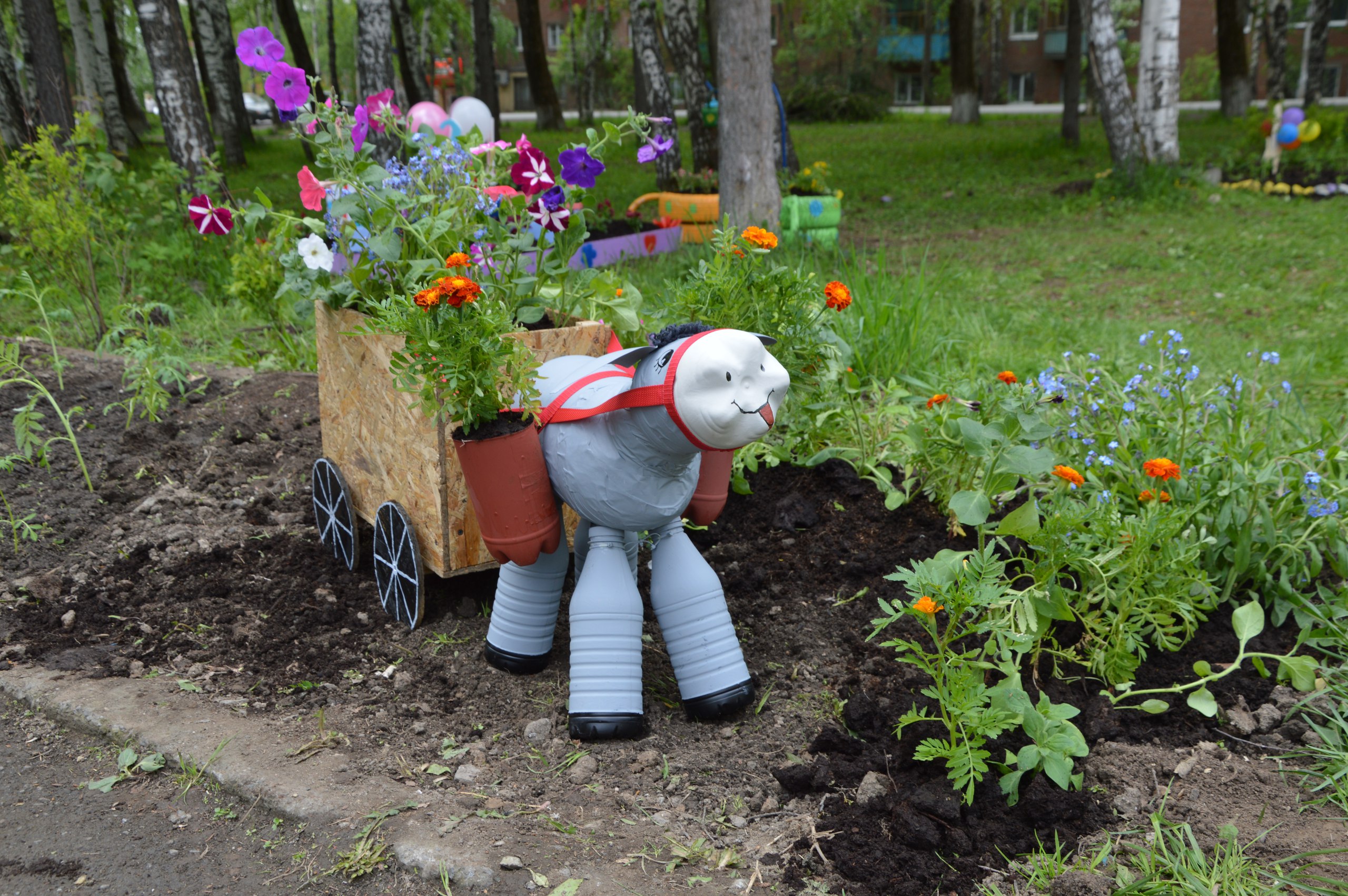 All by themselves the Karasevs and their son Vanya are working. “The Happy Donkey” made by them is an outstanding example of industriousness. “Our hero is carrying flowers and planting them in his garden, – says mother Anastasia. – The young plants were grown for us by our grandmother. All the rest we made by ourselves”. Plastic, plywood, paints plus fantasy and patience and as a result there are petunias, marigolds and garden pansies are blooming on a compact flower-bed – very laconic and tasteful. 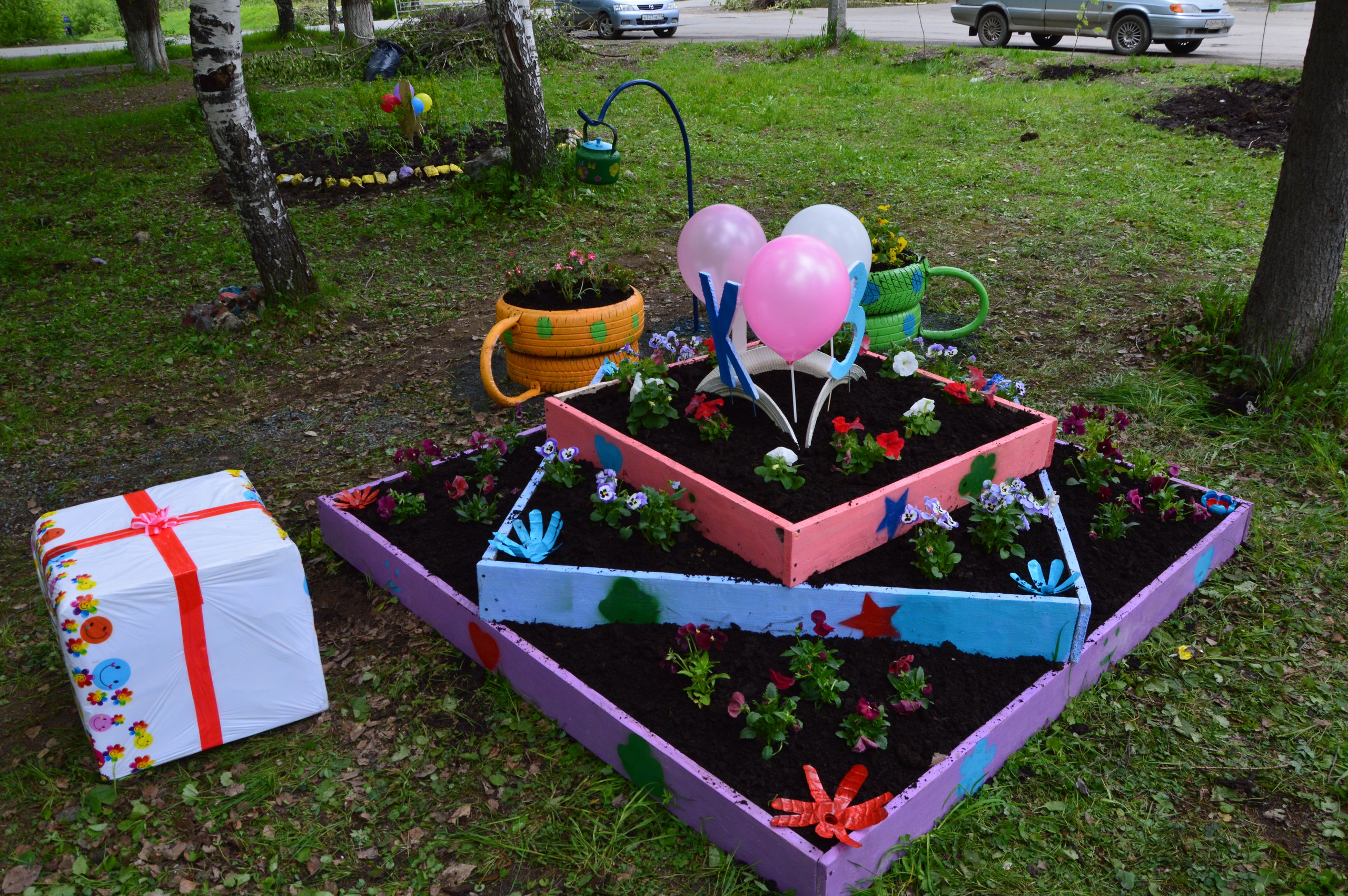 The Borisovs family assigns their very complex multilevel flowerbed to the Plant’s anniversary. A cake, a teapot, teacups and a present box are awaiting the quests. Everything is ready for the TEA PARTY! The family (four) asked for grandmother and grandfather’s help creating the 9,2 m2 “Soul Tea Party” flowerbed. 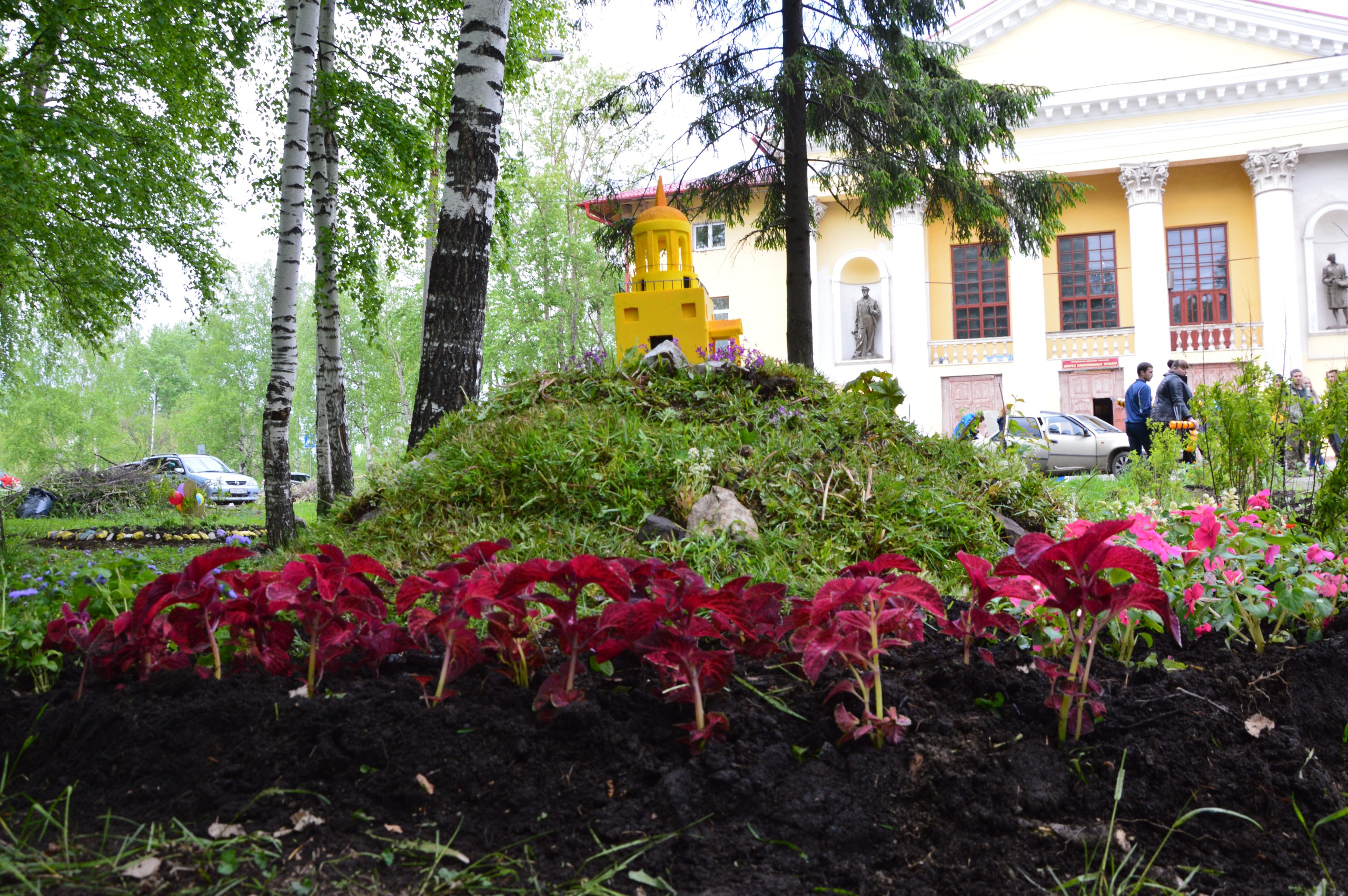 The Derbilovs family decided on other famous date. They created a mini copy of Lis’ya Mountain to recall the forthcoming 295 anniversary of Nizhny Tagil.  “The husband has been working on the Watch Tower model for several days, cutting foam plastic and painting – opens the secret Mother Alexandra. – We were doing our best to make everything look natural and similar to original. If you pay more attention, you can see even the poplar trees on our mountain”. Some of the sidlings were prepared by grandmothers, who also participated in the project.  And one of the close family friends was involved. And, as a result, the Derbilovs’ team made seven people! 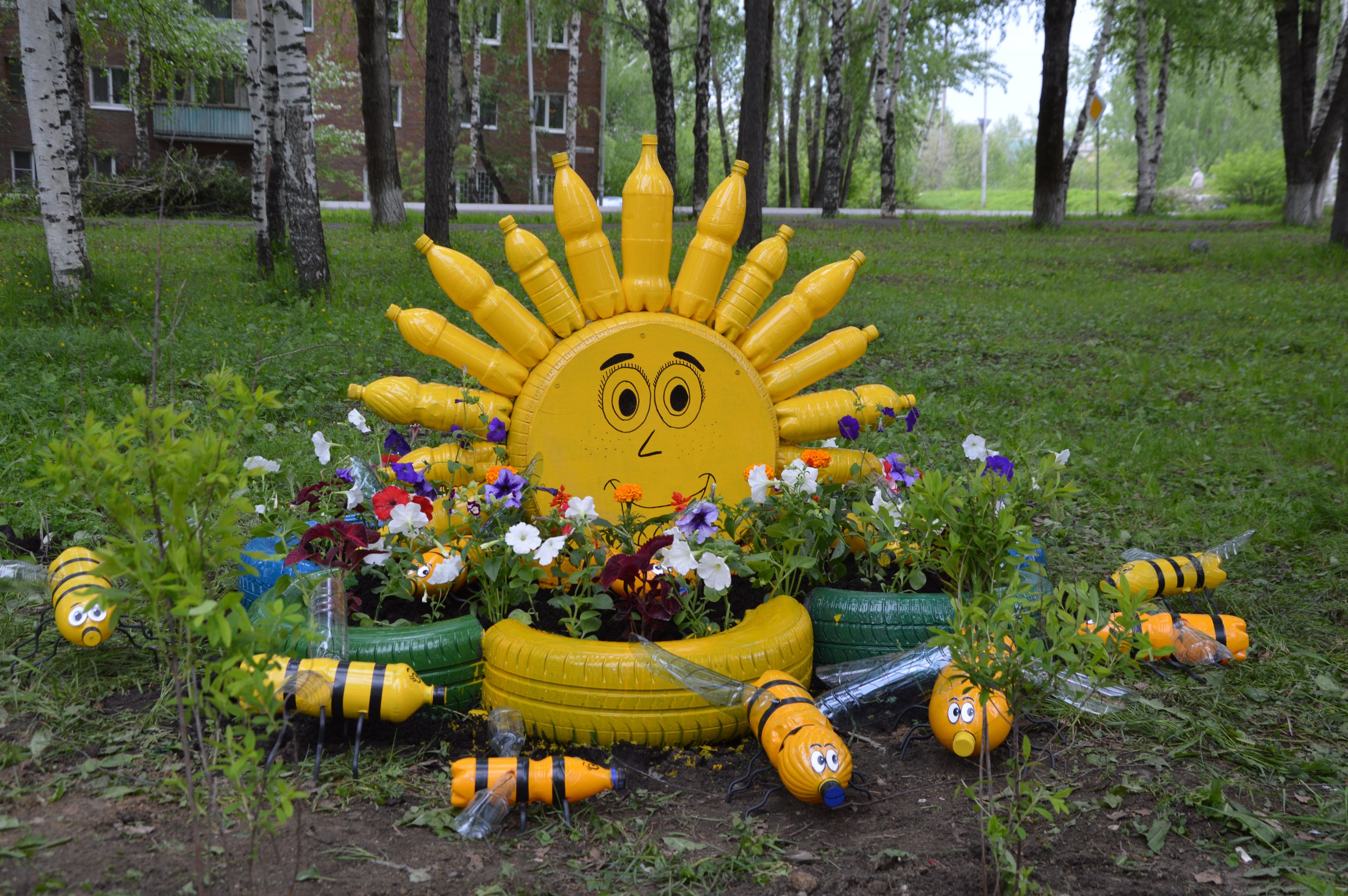 “Sunny Flower” on 3 m2 bloomed with the help of Kislitsins family’s hands. The bright flowerbed was thought of as flower – ‘seven-colour flower’ making dreams come true according to mother Natalia’s words.  12 handmade bees “arrived” to pollinate the magic plant just before the end of the competition. Four people were working hard on this ‘sunny’ project with brother Alexander Kislitsin included on earlier request. 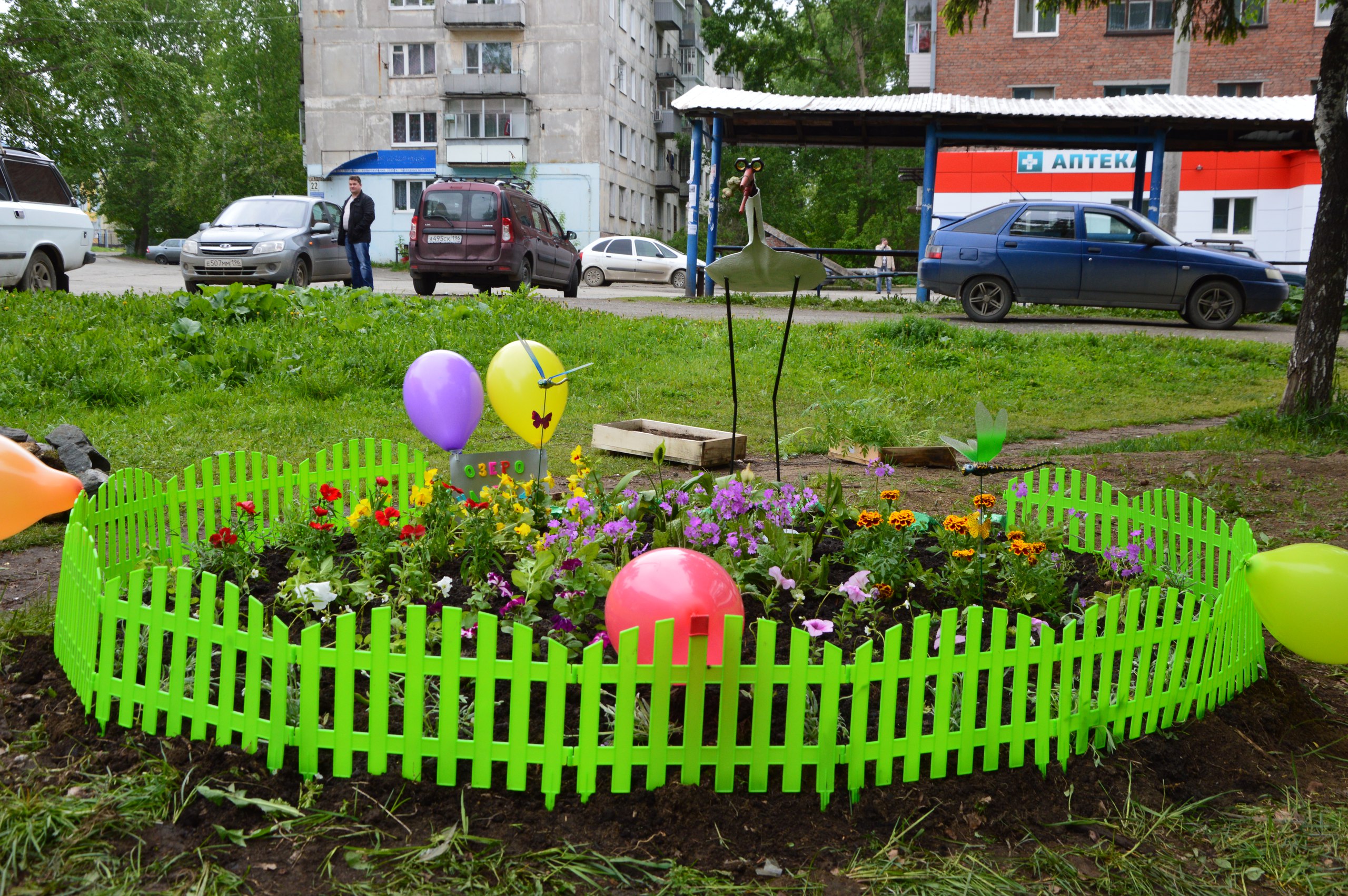 9 people in the team, ten different plants and the most heart-breaking story is worth a separate nomination! The Donskikh –  Vyatkins family became record breakers in several ways. The close company created a “Lake of Hope” and it has housed a frog family and a cunning crane.  The whole complicated story you can hear from the workers – couple, it is worth listening! 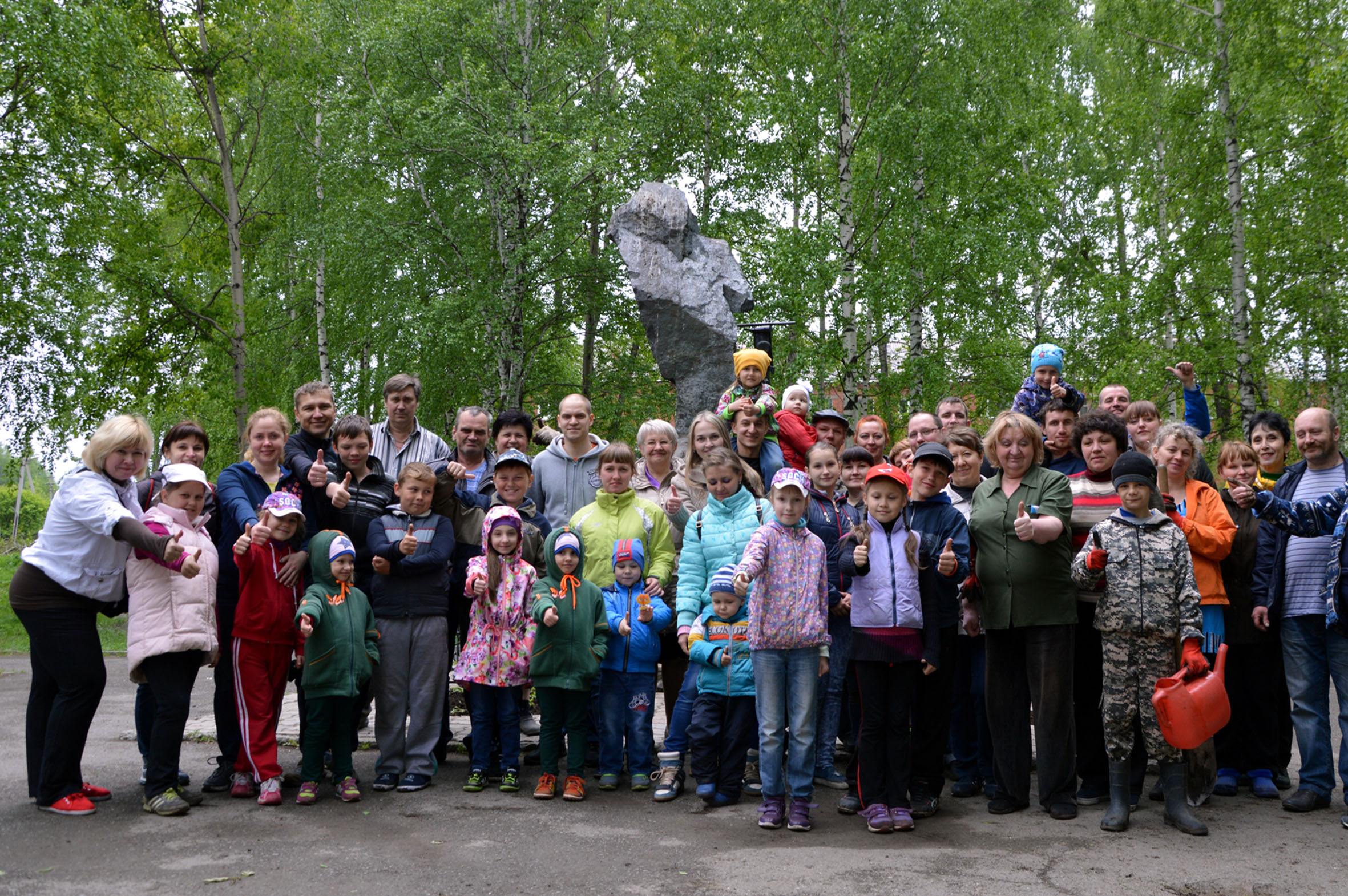 “It was interesting to see how children and parents cope with such a difficult task. Watching them you can easily assume whether the family is very close and the children are paid a lot of attention to. Do agree, it is very important because everything like this adds to the children’s development, – shares her impressions the jury member I. N. Sosedkova, engineer – technologist from Production Department and a very experienced gardener. – It was very hard to judge, but the result is rewarding. Yes, of course, those flowers are just for the season. But the ideas and reminiscences will last for all the participants, I’m sure”.

Summarizing the event, the families planted about 6 hundred seedlings of 17 different plants. Now in the Palace’s square there is a “flower waltz” like Peter Tchaikovsky. We do not have enough words to describe the moment. But we will bring the flower atmosphere into the Plant Administration Gallery by hanging photos and you can see the photo report on the Portal and in our group “VKontakte”.