Last week in the shop was closely metalwork. This is not surprising, because more than 400 sq.m. its area took a truly monumental building. Inside, the shop has grown a real bridge.

Of course, called the design that emerged in the course of the control assembly, a “bridge” will be a slight exaggeration – rather, it is only his skeleton, but in this form it gave the impression of a majestic and frightening at the same time. More than 80 tonnes of beams and ties nearly 30-meter-long structure, twice the height of a man – a real building within a building. Such dimensions of the plant has not seen since the test assemblies poluarok Sochi stadium. And caused the Colossus – the handiwork not of construction and installation teams, as was the case with the Olympic Order, – to lay down a giant constructor just two days managed to fitters to assemble metal constructionsand E.S.Lupey A.M.Bizin. 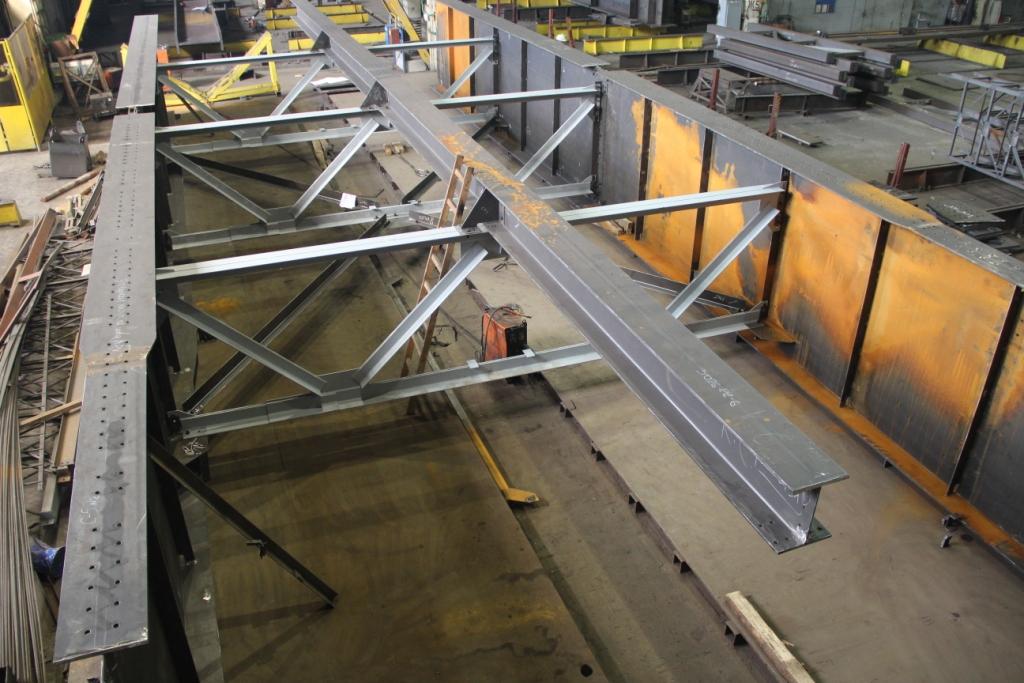 Of course, when this facility will be placed in a more rightful landscape – the river near the village of Neiva Nevyansk that is located in the Sverdlovsk region Alapaevsk region, it will look much more prosaic. After 20-30 years, listing the achievements NTZMK about this project our descendants, is not likely to be remembered. 3-span road bridge length of 126 meters will connect the central bank of the river is not the capital cities. It does not have this building and special architectural and design delights. “In fact, it is a model project – the head of the design bureau engaged in the development of drawings for the construction of KMD, A.P.Loginov. – Almost identical design we have often produced on the north region, Yamal, in Sochi, Penza, so for us it is familiar and not so hard work. We can say that Nevyansky bridge will be a twin bridge over the river Shegultan (north of Sverdlovsk region), on which we have worked a few years ago. ” However, although the project did not have to take the Olympic Games, World Championships and motorcades of government officials for several thousand residents of the region it is true – the long-awaited.

Although the density of roads Sverdlovsk region is almost 2 times higher than the Russian average, in the Middle Urals are still hundreds of corners to get to where you can take a risk unless on your own risk. In one of the largest rivers in the area – Neiva – for nearly a hundred kilometers from its current Alapayevsk to the confluence of the river Mode – there is no real crossing.

Construction of a bridge on the highway upper Sinyachikha – Irbit started JSC “Meliostroy” summer 2014th, this time preceded by the long-term correspondence of local residents with the regional authorities, the fight for getting into the regional development program for the road sector, the coordination of projects and estimates. The completion of the new bridge is scheduled for the beginning of 2017th. Undoubtedly, the new crossing will contribute to the development of all alapayevskogo area and east area.

Despite the apparent simplicity and simplicity of geometric shapes the future of the construction, manufacturing of the order, as well as any bridge structure – the work is very responsible and is subject to special quality requirements. “The requirements of the standard bridge the same for all objects, no matter whether it is an international project of the Western High-Speed ​​Diameter, or types of structures such as the bridge over the Neiva – explains Head of OTC NTZMK NV Small. – In the manufacture of bridges regulatory documentation obliges us to carry out a test assembly of the first and each subsequent ten elements. Of course, this is a very labor-intensive activity, so in such cases, we choose the most complex components. Installation of the facility is always in more difficult conditions than the assembly in the shop – so we can advance to eliminate many of the issues arising from the customer. In this case, we have chosen an element fracture – so-called “Fad” in which building the lift reaches its peak. The control assembly has allowed us to verify the collection of elements, see how adversely all deviations may overlap, fixed in the manufacturing process marks. Surprises in the work arose. Everything went well. ” August 20 in the presence of the customer’s control assembly Order 3026 was adopted.

– I want to see the bridge in finished form – expressed the wish last head of KB A.P.Loginov. We have no doubt that Alexander Petrovich live to see the completion of construction and not only Nevyansky bridge. Mostostroitelny NTZMK potential has not been fully disclosed. Expansion of road infrastructure of the Urals, Siberia, the Far East remains one of the topical issues of regional development. More than 700 existing today in the Sverdlovsk region of bridges – it is only two-thirds of the required crossings region. Certainly many of these buildings have to be born in the shops NTZMK. 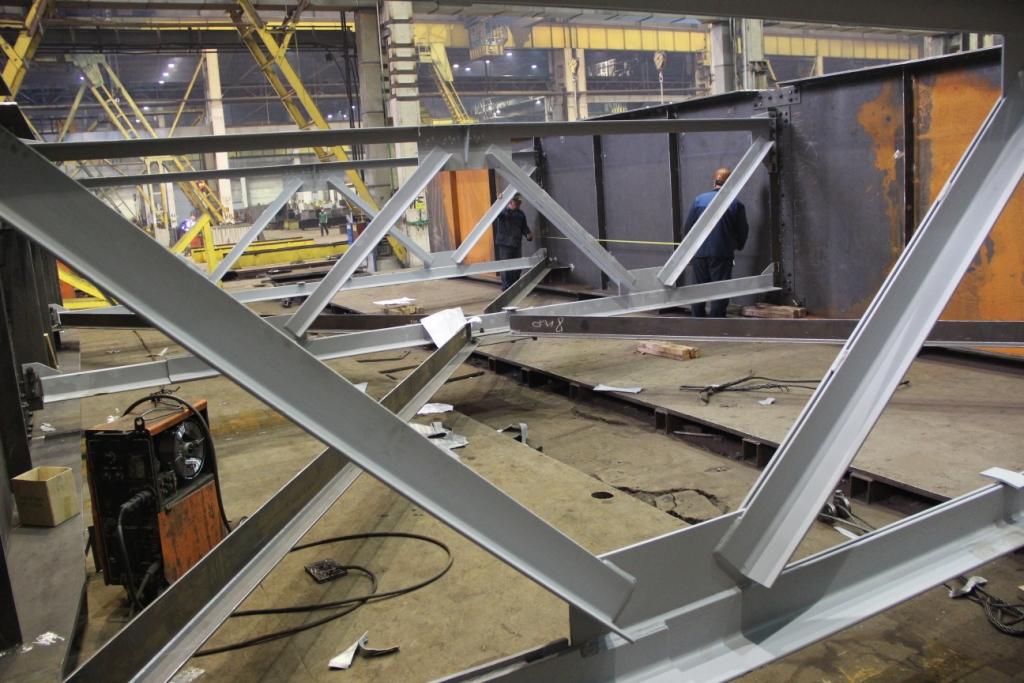