The casthouse is a building with a service platform erected near the blast furnace’s foundation. It is situated a bit lower the iron notches for iron runners upon which hot iron from notches casts to hot metal ladles and sullage to cinder car pots or to the furnace  granulation installations. Bridge cranes of 20/5 and 30/5 capacity are usually installed in casthouses. The weightlifter, which constructions are produced in NTZMK workshops, will hoist 32 tons + 5 tons by second winch up to 19 meters. 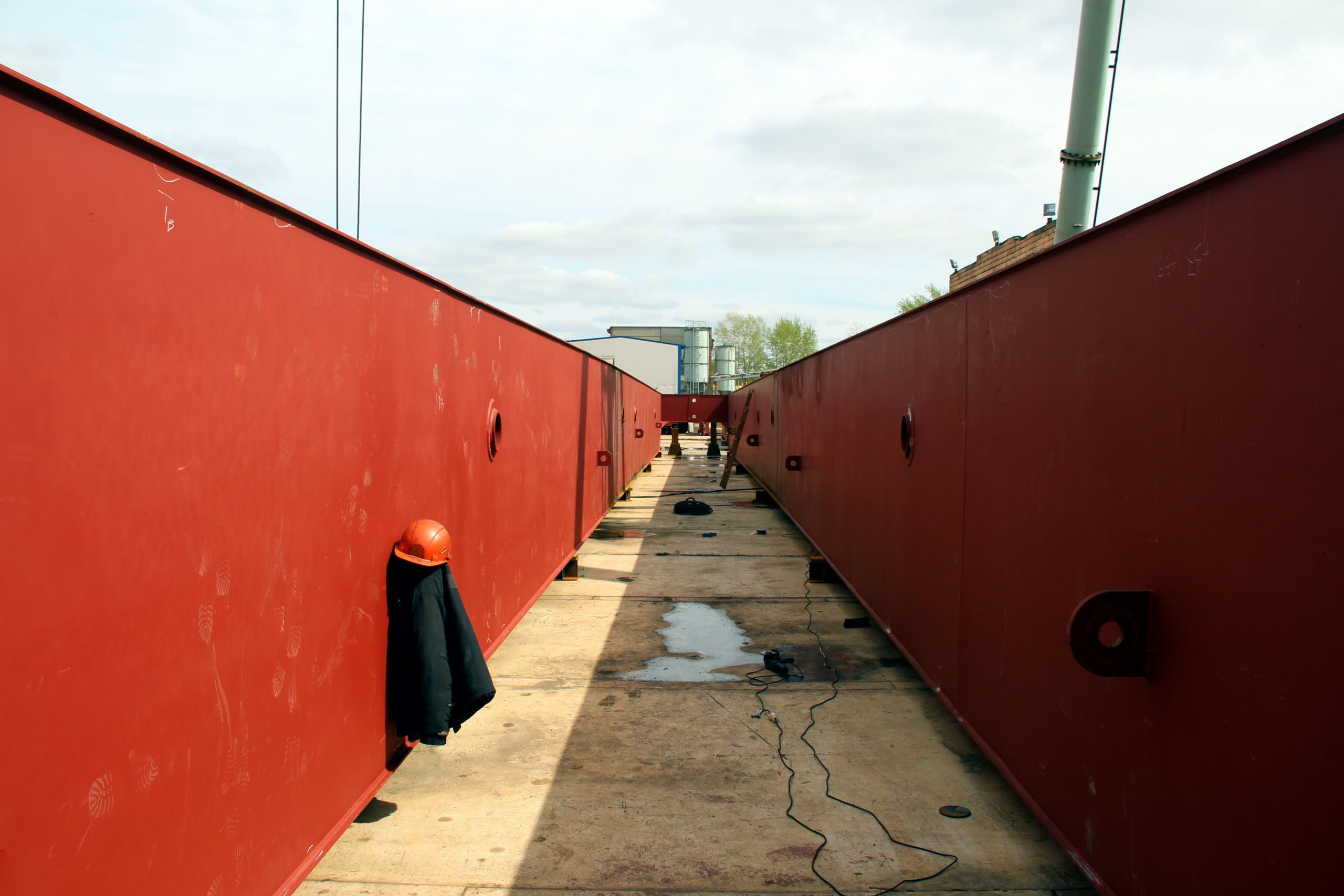 As noted by the design engineer A.V. Parhutov responsible for the crane carriers’ detailed drawings development, the construction itself is not very heavy. “Main girders are fabricated from the 10 mm steel. Rectangular hollow profile structure includes a lot of inner diaphragm plates for rigidity. This is an ordinary operation, but the crane is very long – 42 meters. That’s the main difficulty” – Alexander Valerievich is sure.

Enlargement  and pre-assembling operations are carried out by the Ekaterinburg production company “Uralstalmontazh”. Now foot pieces are positioned under the goliath crane and end-girders are locked there. The main girders are being fitted to them. After geometrical accuracy is checked all constructions will be welded and transported to the client. Following the pre-assembling results the structure will be modeled as it will be erected subsequently. Then the crane will be bisected and sent by railway flatcar to NTMK. After its successful delivery, the work on the next bridge crane structure will be started. Its girders are already.

“I don’t remember the structures that long to be  shipped by factory ever” – the Technical Director of NTZNK R.Z. Gubaidullin says. – There was the long crane for SUGRES, but its size was just over 30 meters. It was transported by car. In this case it will be easier for us despite the sizeable length. EVRAZ gives us flatcars and transport trolleys. In our opinion there is no transportation problem. Moreover EVRAZ’s railwaymen have already been here to study the documents, and no inconsistencies have been found”. 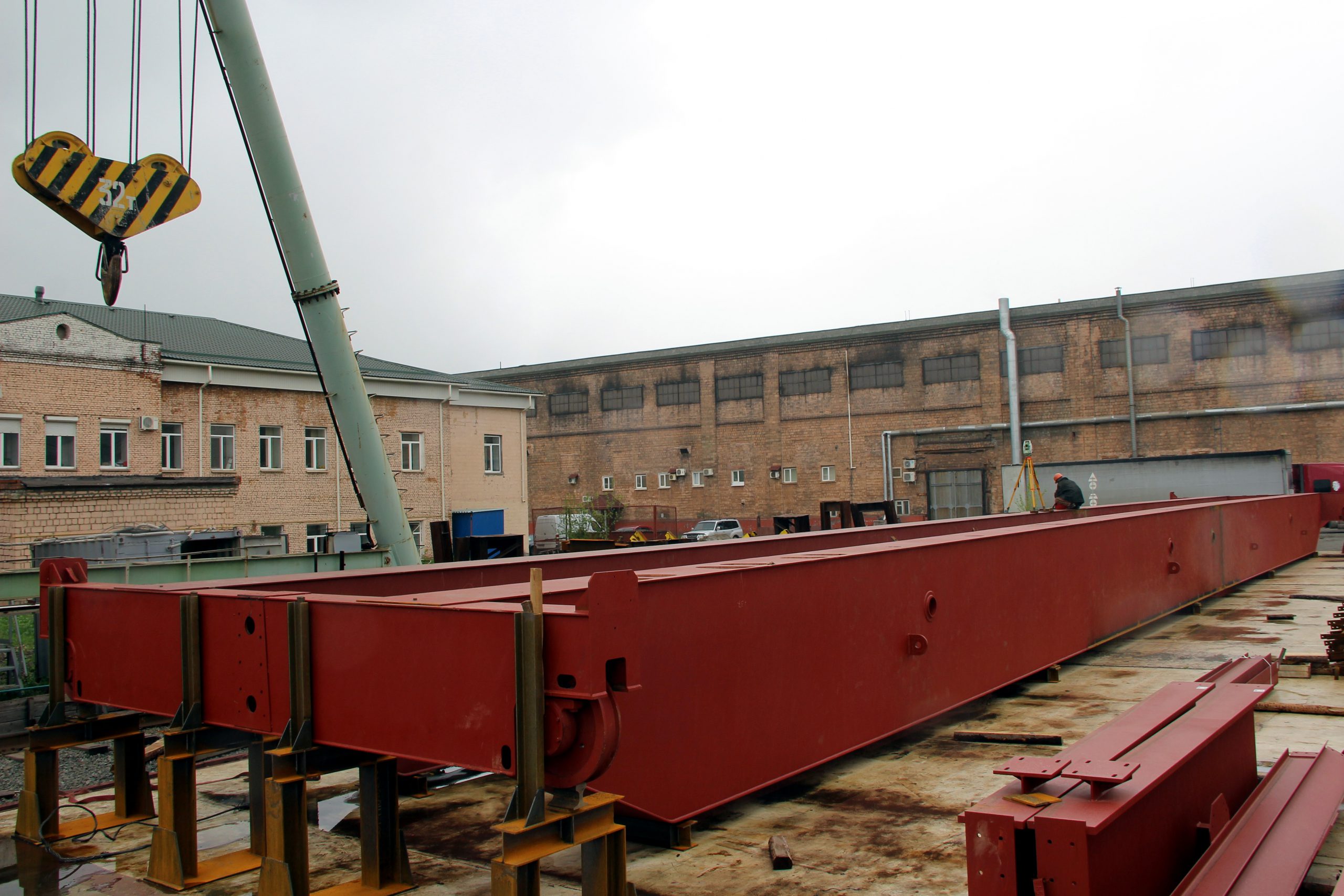 The most peculiar equipment of the casthause are motors with special temperature detectors which signalize the temperature excess. The weightlifters will be controlled by operating console that is situated in a separate structure. Such concept is used in casthause’s specifications.

“Now we are waiting for clamping plates, safety handrails  and rails”- Erection Contractor’s master builder A.S. Seckachev says. – I think the first bridge crane erection will be finished in a week”.