Finish for the Crane

Finish for the Crane

The enlarging assembly of the first crane was in the area under the portal crane and brought a lot of inconveniences for “Uralstalmontazh” and NTZMK workers. The two divided the responsibilities for assembly and delivery of cranes after preliminary priming and painting of the steel structures. 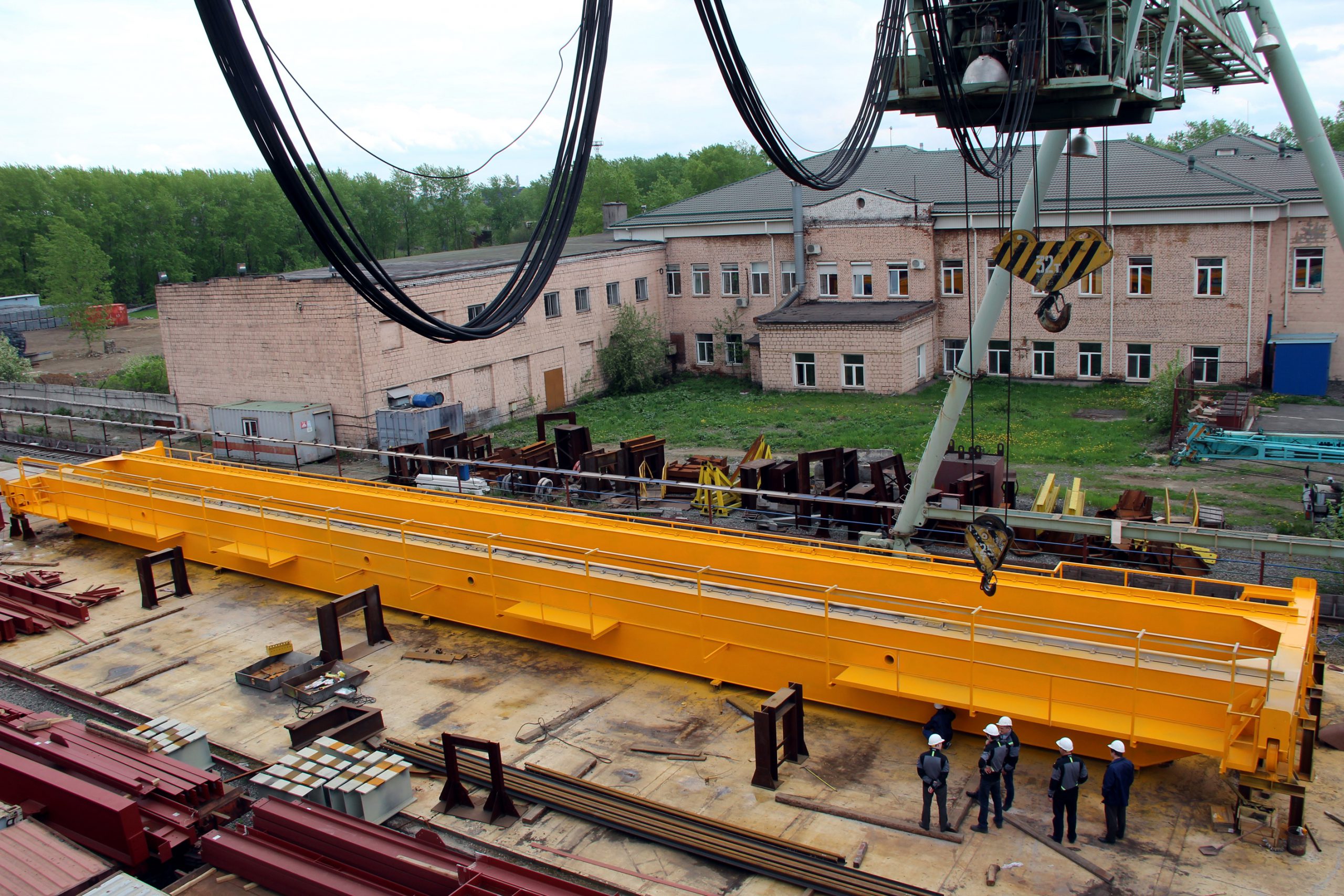 G.V. Demenova, engineer – technologist from the Chief Technologist Department is telling us about the crane painting system:

– If we want to get high quality coating, it is not recommended to paint any structures outdoors: wind and rainfall. We were lucky to avoid the rain while first coating. Otherwise the paint would have swollen up. The painting started at 6 a.m. and preliminary at 2 a.m. the primer was applied. After the vanish paint coat was applied, it didn’t dry out completely in required 8 hours, but only till “tack”. It took minimum 3 additional hours for the paint to allow handling of the oversized construction.

That probably has happened because of very high humidity level. As ideal variant the drying process should have been physical. This vanish paint is not a quick-dry one but regular alkyd without any thixotropic agent. We tried applying in one layer thickness to cover the grey primer but the enamel did not let us proceed. When we used the sprayer for paint application the alkyd just ran off. Obviously the material was of poor quality. 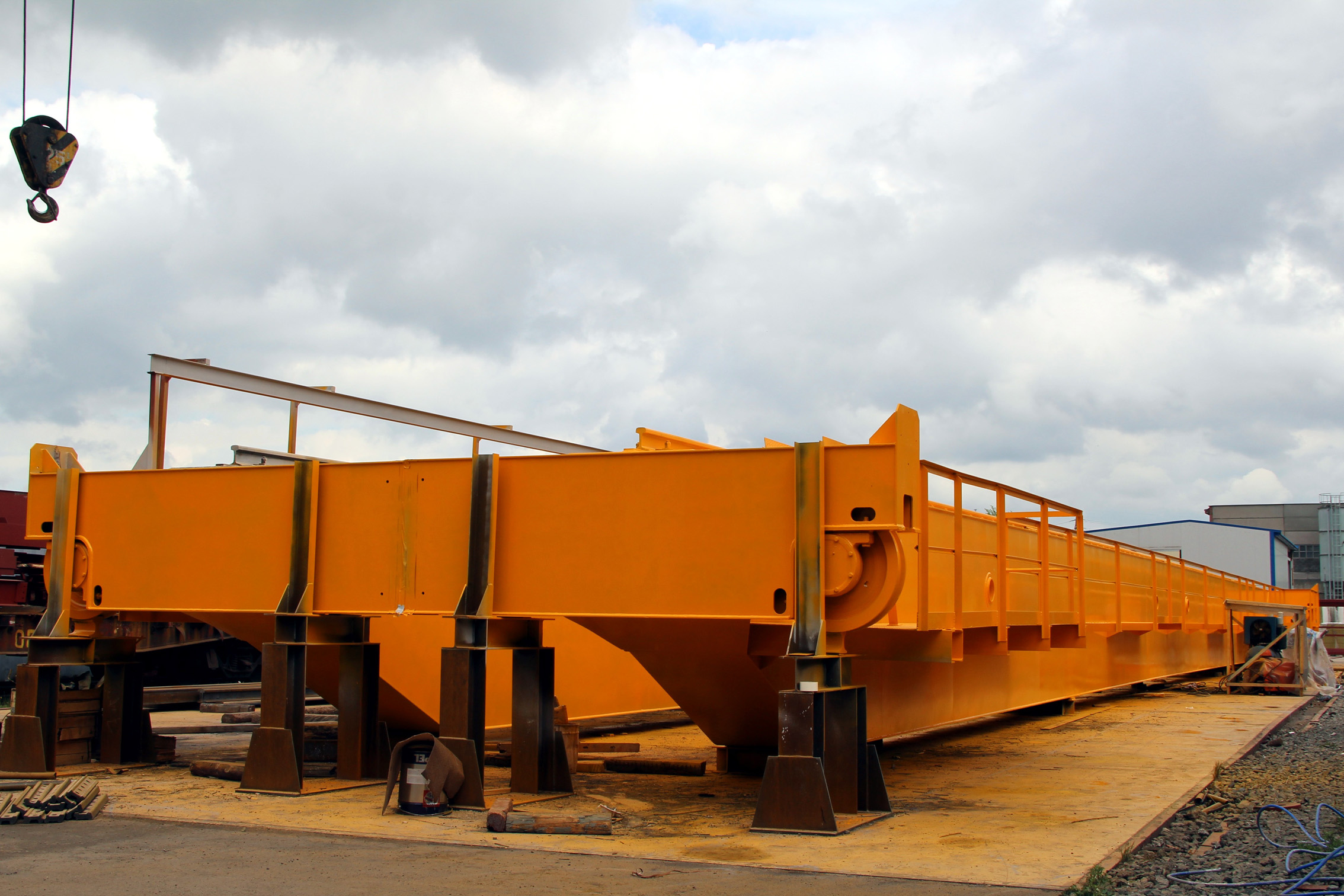 The primer and finishing paint the plant has ordered according to Client’s requirement. The plant worked with materials made by “Jotun”, Norway. That is why all the questions about the paint quality the engineer – technologist addressed to the manufacturer. The vendor informed that now the production of acryl paint “Pilot” is executed not only in Norway but in other places too. And probably, some do produce high quality paint and some don’t.

It was decided to repaint in the shop. The crane, divided in two parts, was ready to be moved inside under the roof. The questions of peeling off the old paint and repainting the bottom part of the beams for achieving the decorative view were already being discussed. But the implementation of those ideas failed because of enormous dimensions of the future crane. It just didn’t go through under the scaffolding at the entrance. And in the afternoon there came the rain …

“Coating with the second layer was postponed as we didn’t manage to get the construction inside. We had to keep the rainy weather in mind and dry out the surfaces and paint in between”, explains the Technical Director of the Plant Mr. R. Z. Gubaidulin. The shipment was postponed too. The bright oversized load was shipped only on the 6th of June, just after the hurricane weekend. 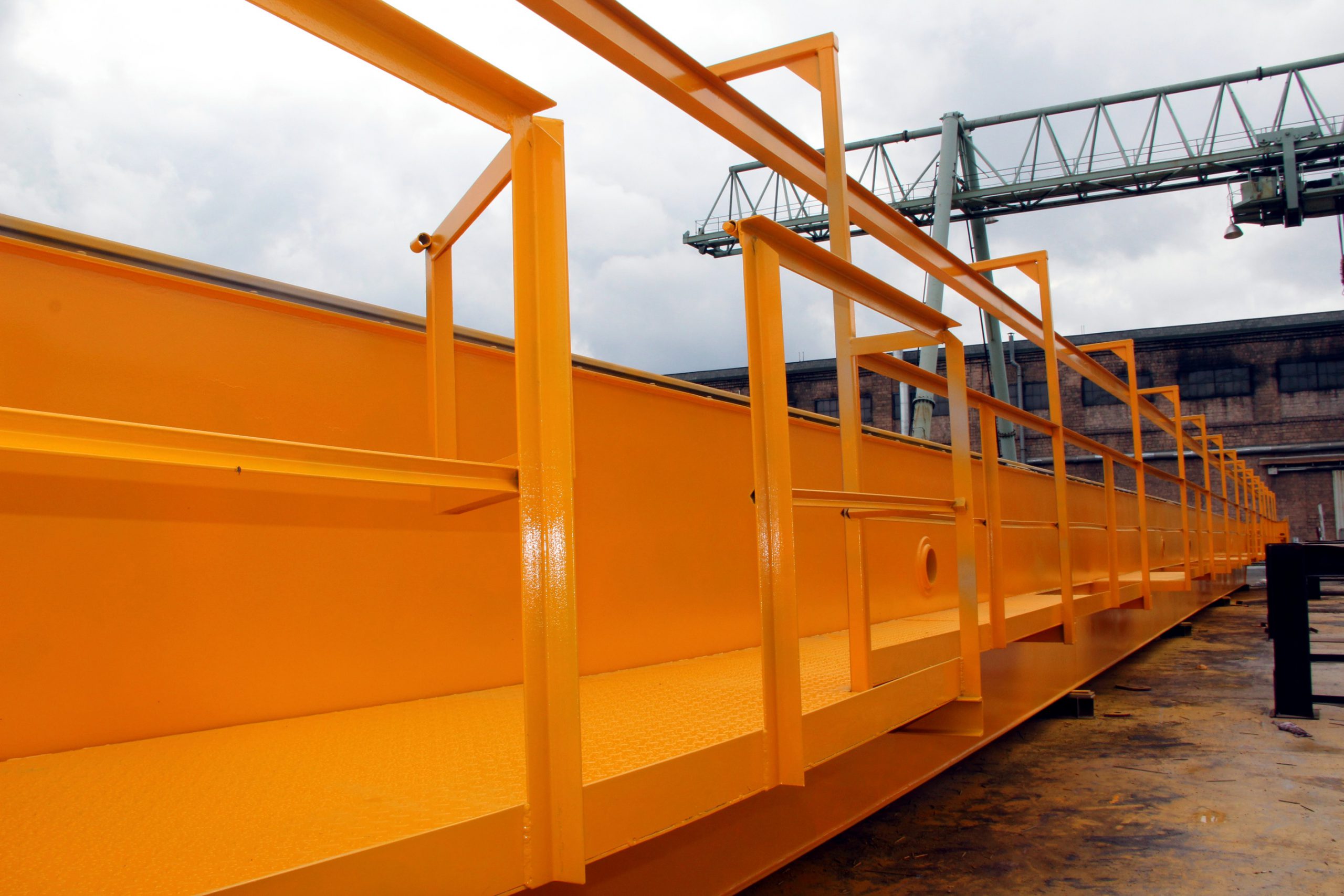 To avoid those mistakes, the work on the second crane was started directly in the shop. In the areas 7 and 8 of steel structures shop the “Uralstalmontazh” were assembling and welding the parts of the crane. But the erection gang has changed completely.  “The previous one has moved to the NTMK construction site, – comments the situation foreman M. Y. Ignatiev. – It is easier to do the assembly in the shop. We were anxious there would not be enough space for that, but we were unduly nervous. Firstly, the weather conditions do not affect the work. Secondly, there is easy access to all equipment. Outside we had to use manual welding apparatus, but in the shop the semi-automatic one is used. It’s very convenient. The seam comes out straight and there are no comments from quality control department. As we had already had the experience with the first crane, the assembly of the second was done much quicker”.

Besides, the kilometers of welds were done by the plant professionals to quicken the process. The work was non-stop round the clock. It took less than 10 days. Then there was the painting and shipment. 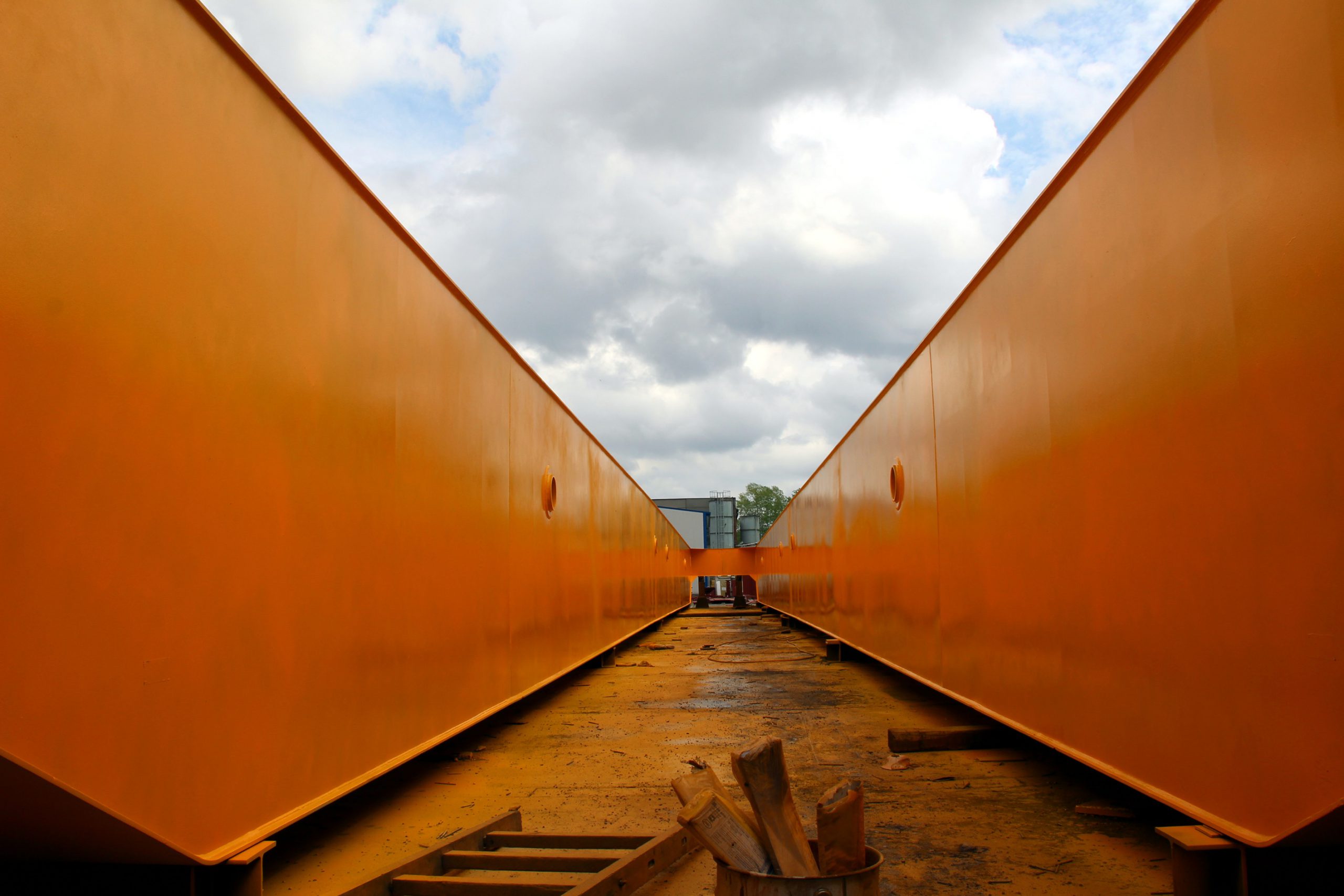 The oversized structures delivery peculiarities are described by logistics specialist A. V. Derbilov:

– There are lots of oversized structures for the blast furnace. 95% of it is delivered on flat cars. It is less expensive than cargo vehicles. We use the autos to deliver from subcontractors or for urgent shipments.

Each of the long crane beams is delivered to the client on three flat cars. One is 24 meters long and two shorter ones from both sides to allow interposition of railway engine. But even the railway delivery didn’t come out smoothly. “The crane dimensions didn’t hit the radius on our territory. At the control point (near the Concrete Plant) we had to cut off the security scaffolding. The guards use it for shipment monitoring. After the second oversized load is delivered, the scaffolding will be welded back on in place”, specifies Aleksander Vladimirovich.

The second Crane was shipped to our neighbor’s construction site on the 19th of June after hard work and solving of the problems.