Creative people are tend to be called with the buzzword “Freelancers” today, self-employed like free painters. And so are called the outsource workers whose services are used from time to time. The point at issue will be about a great assistant, working at NTZMK without real employment. 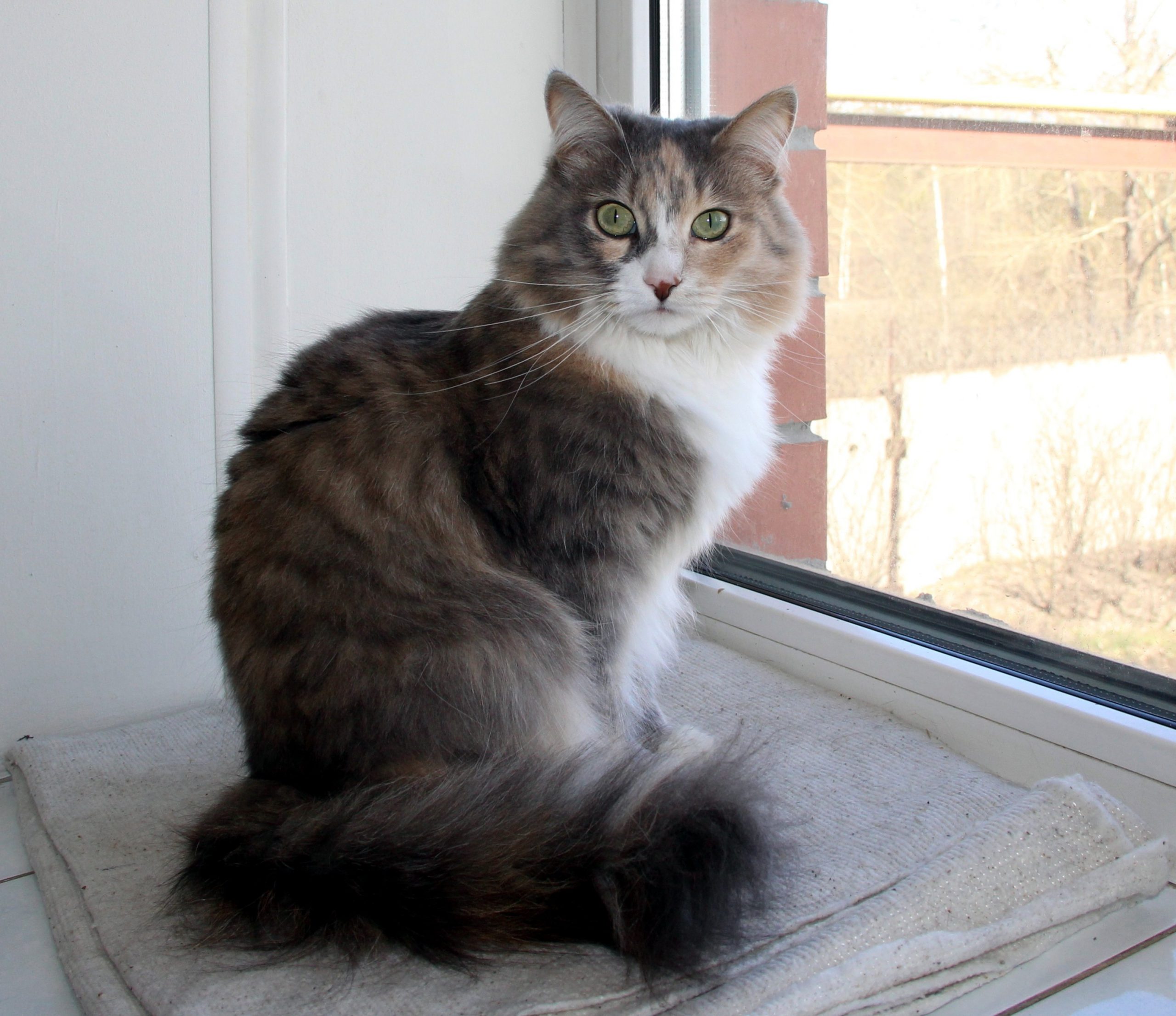 Whiskers, paws and tail are its documents! The cat Dusya is in service at the administrative and amenity building under supervision of P. Wasichkin, the Head of Administrative and Supply Department. However, who do we deceive, this capricious madam walks here all by herself. “This is her place, here and on the windowsill, – Peter Anatolievich points to the favorite underlay of the fluffy assistant in his office. – And it likes to sleep on the first floor in shower rooms with workwomen. She’s their sight for sore eyes, she helps them to pass the nighttime shifts. There was a cat before, but she went outdoors and disappeared. So Dusya is not let father than the window unsupervised.

On the 14th of March she became 3 years old. It was brought to the factory as a small kitten that during the time has become the grown-up hunter-cat. Dusya hunts mice actively in the big administrative and amenity building. “In the peak seasons it could catch three mice per night” – say workwomen. – “Despite the fact that it’s warm today there are more less rodents, almost none –she made them stop the habit”.

Plant workers, who visit shower rooms, have taken to the cat, they like and stroke her it. Although Dusya has steep temper it but returns the love particularly to workmen. Valuable assistant feeds on usual dry food, that employees send the cap round for once a month. Special delicacy is deemed to be the “small fish sausage”, that the Head gives out at the beginning of the morning shift. Dusya does not bear wonderful kittens every spring – it has been sterilized, on administrative supply department workers’ own money, as a matter of fact.

Surely many people know about the Hermitage’s cats, that have been protecting artistic heritage of Russia from rodents since the date  the museum was founded. Nowadays we can fight rats and mice with chemicals, but it is impossible to leave cats jobless, because for a long time they are the part of museum life, its legend and special attribute. At our factory the cat-freelancer does not only play the symbolic role but actively “pursues a profession”.