From 4 to 12 December in Dubai took place on the 4th World Air Games. This event is called “the Olympics air sports” on the right. Games program included 24 disciplines in 10 areas: aerobatics (aerobatics airplanes and gliders), aeronautics (thermal balls and balloons), competitions, etc. aircraft prototypes One of the most spectacular performances steels parachutists – skydivers. “Heavenly divers”, and so it is possible to translate into Russian the new sports term, competed in speed, precision landing, performing acrobatics in the air complex shapes. 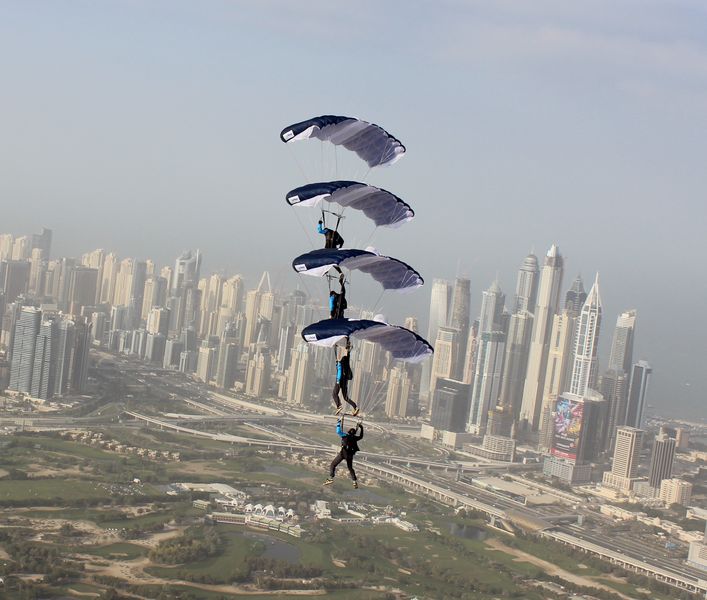 Despite the fact that the development of parachuting in our country is still kept mostly on the shoulders of enthusiasts, the Russian landing in Dubai was one of the most numerous and – as a result of the Games – one of the most renowned. Virtually none of the parachute types: freeflying, Freestyle, Canopy Formation – not without our athletes on the podium.

The long-awaited gold in the 4th Air crowned Olympic performance of “rotation-four.” The Russian team, rising to a height of 2300 meters above the ground (3 times higher than the tallest building in Dubai and around the world – Khalifa Tower) one and a half minutes of flight completed 22 rotary rebuild, beating their main rivals – the French. One of the participants was the winning team Eduard Suslov (in everyday life – the head of the sector of economic security NTZMK Internal Control Department). 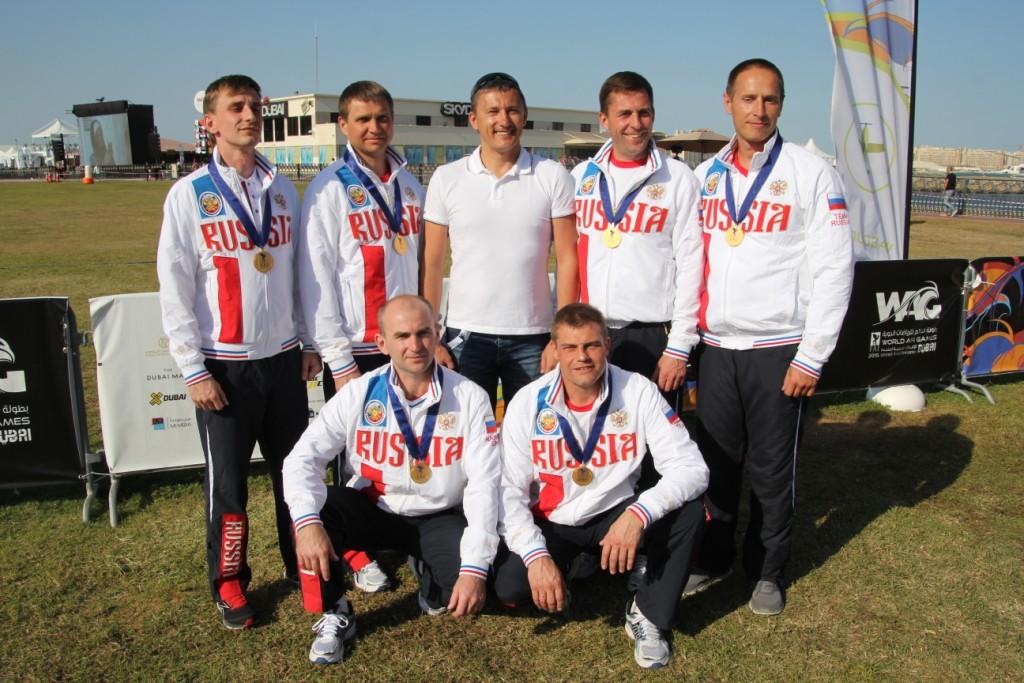 – The task of “four-rotation” – performance for a strictly limited time, the maximum number of evolutions in which a member of the team, which occupies the top position in the “bookcase”, should move to the bottom of it, – says Edward. – The apparent ease with which the maneuver is performed by professionals, in fact, is misleading: it requires virtuosity as a parachute, and his body, the slightest mistake is enough to get tangled straps.

– Whether it is a dangerous sport? – It reflects our interlocutor. – As in any sport, from injuries when jumping with a parachute no one is immune, not just happened, and deaths in history. But, subject to safety regulations from anywhere there is an emergency situation, spent many workouts out. Training base spetsinventar expensive – for dome acrobatics – it is a particular problem, and everything in it decide, of course, finances. Opportunities for full training in Tagil Edward not: although virtually the whole team lives in the Sverdlovsk region, in the fees have to go to Tatarstan, the Moscow area in the winter – in the United States. Part of the money for the equipment gives the Ministry of Sports, helping sponsors. Still, funding poor. What can I say, if the last World Championship gold, in Bosnia and Herzegovina, we lost to the French because flew “vyhlopannyh” – has already fulfilled its – parachutes, – complains Edward. 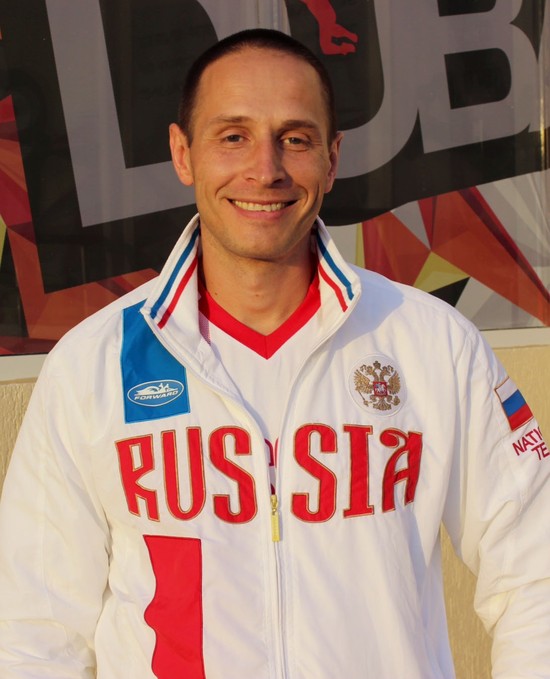 By winning the Olympic Air, our colleague was more than 10 years. Behind – already over 3500 jumps in the bank medals, in addition to “Arab” gold – awards of Russia and the World Cup. However, the question whether it is Dubai 2015 pinnacle of his athletic career, believes Edward answered in the negative:
– Skaydaving – is first of all an incredible sense of freedom, it rolls over, with nothing comparable to the adrenaline anymore. Anyone who has ever “hooked” on these feelings, will not be able to stop. In this sport there are no special restrictions on age: people become champions here at the age of 50. Thanks and Parachuting I met my wife, to the sky already have joined our children. Soon will start preparations for the next Cup of Russia. So that the main victory is still ahead.
News
0 Comments