You can’t but notice the huge plate rolls “Verrina» in the 10th aisle of the main production building of NTZMK: like a mountain, this machine can serve as a landmark on a difficult terrain. However, only the most experienced old-timers know that in autumn 2016 “Verrina celebrates 35 years of industrial activity. Innumerable pieces of raw metalwork passed through 1000-tons press of this Italian strongman from 1981 onwards. 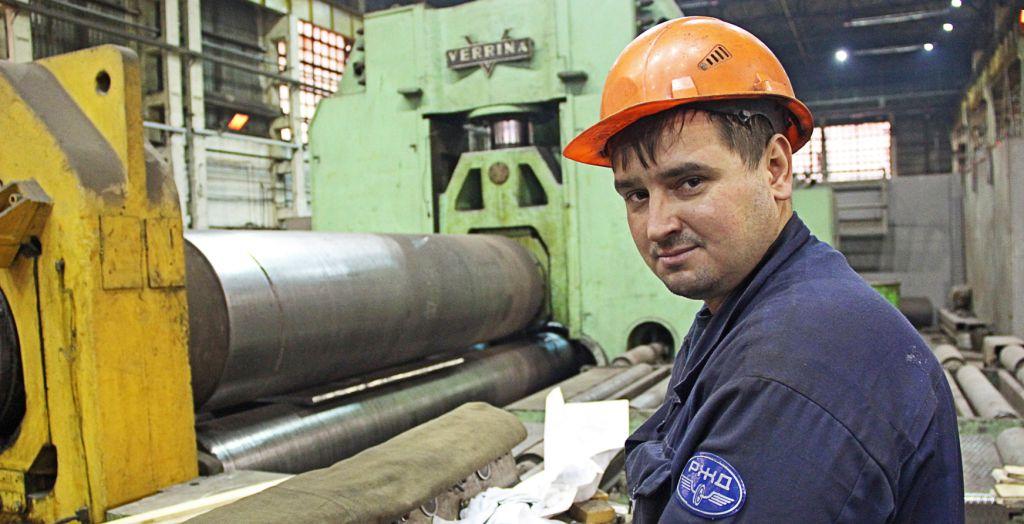 The anniversary was a success. As in the best times of its youth the machine is loaded with work at full scale without stopping during the working shift. Next to it there are two towering stacks of metal: sheet steel “50 mm” and gracefully curved rings already processed. As the first stack are reducing and the second rising, machine operator, mill man of 4th grade Stepan Kuzminykh – says about his work:

– Shell rings we are now manufacturing for EVRAZ blast furnace shell, are constructions not every machine for bending and rolling can cope with. The dimensions of the parts, the thickness of steel, size tolerances require very powerful hydraulics and fine tunings, available only with single models, he explains.  – For our “Verrina” it is an ordinary job and not the limit of capacity. 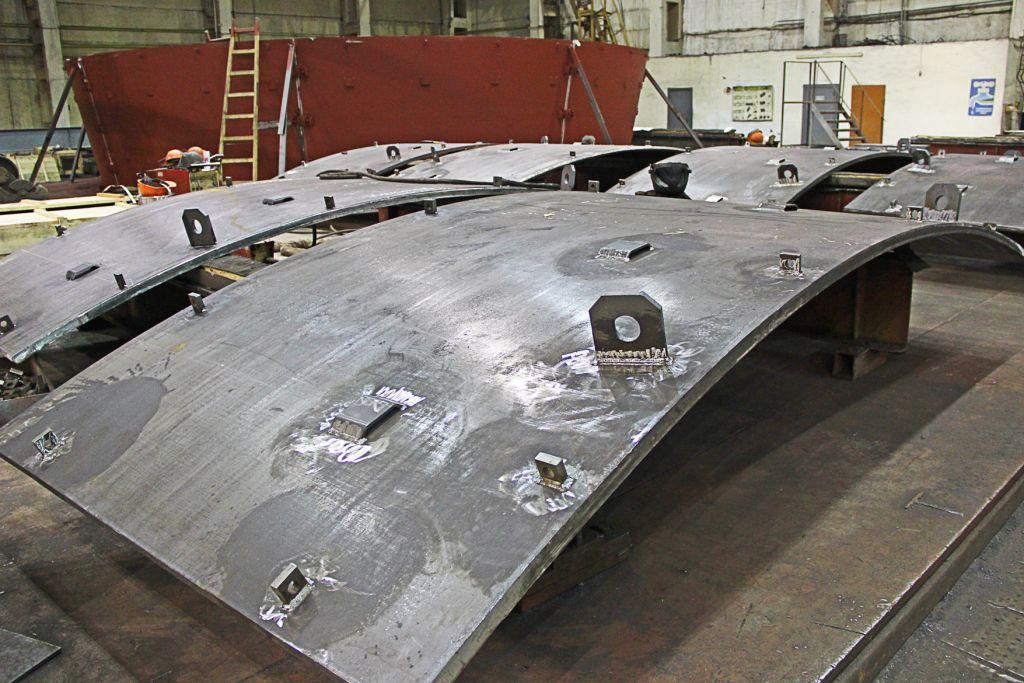 Indeed, the machine was designed in an era when our country was massively erecting giant enterprises. The construction of blast furnaces, oil storages, drilling rigs, competing for the title of the largest and most powerful in Europe and in the world, required the relevant dimensions of industrial equipment. The possibility of cylindrical and conical rolling of metal with thickness up to 90 mm and width of the sheet more than 4000 mm for “Verrina” was a worthy response to the challenge of the time. Many tasks were accomplished with it then and in the following decades.

– Rolling is a challenging technological operation, continues his story Stepan. – Drawings vary widely: a combination of direct and rolled sections, non-coplanar rolling with multiple radii, profile bending. To accomplish all of these jobs, the plant draws some other hardware: 4-roller plate bending rolls of domestic production, the German press Erfurt, framing rolls UBR. But, of course, “Verrina” is without a rival.

Such giant machines that after three – four decades of its active use have fully retained a workable condition, there are only two or three in our country. Second hand analogs of ZMK’s “Verrina” can be found abroad: in Belgium, the Netherlands and South Korea. Nothing like hydraulic giants of 80s today’s machine tool factories do not produce. Respectively, there are only a handful of mill men able to work on this equipment in Russia.

– “Verrina” does not have a software control. The entire process is completely controlled by a person standing at the control panel who with real time movements of his hands bends metal like play dough. To learn this in a few days is impossible – this takes years, believes our conversation partner. – I was lucky to learn from a person who operated this machine since its installation in more than 30 years ago – Stanislav Ivanovich Palamarchuk. Now I am passing the experience over to one more workshop’s mill man – Andrey Nikitjuk.  I am sure that there still will be work for “Verrina” in next 35 years.