“Preparatory works began immediately after approval of the project. In 2016 dismantling of the premises, blasting and drying chambers, smoke pipes from warm air generators, suction grills and air ducts was carried out, the platform of hoisting device for lifting materials during repair of the roof was demounted too. In addition, we conducted excavation works, and before the frost we had a chance to embed a platform and foundations for columns in concrete, the so-called raft foundations. Due to cold weather the works were suspended.

At the second stage we engaged in window openings. In order to make further adjunction of the new shop roof the wall of metal structures shop was covered with sandwich panels. For that work subcontractors were involved”.

From the second decade of March, the builders started working on installation of metal structure frame of the future building. It will take 150 tons in total for the shop. For the time being only a part of them is fabricated.

In the short term – it is to dismantle the elevated platform which fell into the construction zone. To move the cable routing, the builders must wait for the warm weather: stable plus temperatures. However, the project provides for changes inside the main production shop. Active reconstruction is in progress in the 6th and 7th spans. 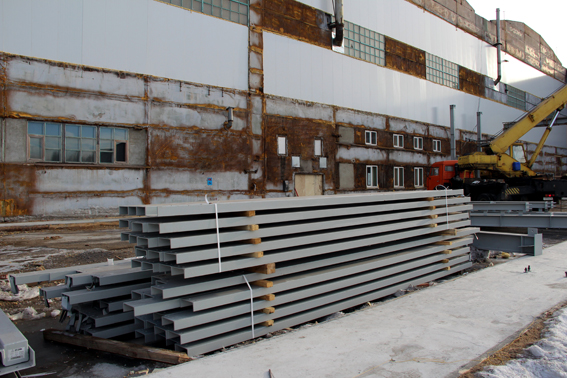 “The first floor of the new premises in the 6th span was put into operation in early February. Tag marking room was moved to a 12-meters room. Prior to that, it was in the electrode premises. The second floor is already built, it is expected to put in commission by mid-April – the Chief Power Engineer explained crossing the shop from the South wall to the North one. – The next premises will be given for foremen, and on the second floor the section managers will be located. The employees from the premises where now the administration of the shop is located will be also transferred here. These premises are planned to progressively dismantle. In the 7th span the future two-storey accommodation units will be completely given for the workers’ eating rooms. Meanwhile, the preparation works are in progress: electrical equipment and ventilation is being removed. The deadline is approximately the end of April.” 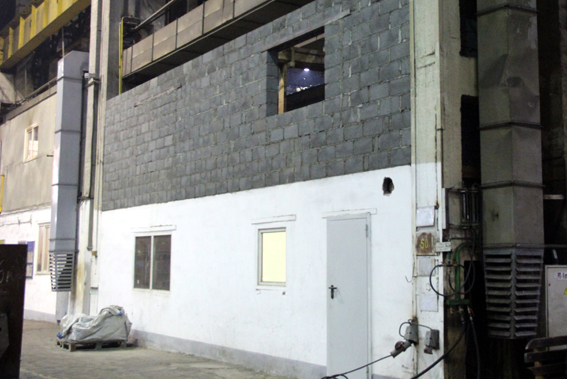 Reconstruction inside the shop will also help to clear a space for welding stations and production of metal structures. Increase of working places will be about 2-3 stations on each wall.

Current market conditions determine the need to expand the production areas, – the Chief Technologist of the plant O. M. Tataurov notes. “We are in confined spaces: on the one side there is administration building, on the other side there is no space to expand, that is why the decision was taken to build at this place. The workshop height by the roof is 8.5 m, and the functional height will be approximately 5 m that will help to reduce heat loss. But there will be some limitations on weight and dimensions. The increase in production space will be equal to almost 2 thousand square meters. Such extension will be sufficient for the objectives of the project, – O. M. Tataurov considered. It is planned that no dust, dirty constructions will be placed in the premises. All canting operations will be carried out by using 4 crane beams which will be operated from the floor”. 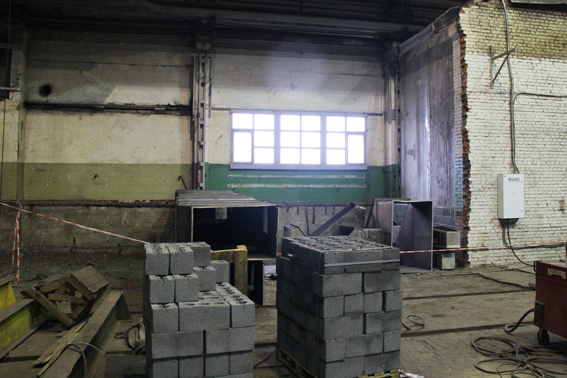 According to Technical Director of the plant R. Z. Gubaydullin, the last major construction was in 2012. Then, in the framework of the project of infrastructure modernization the works on construction of preparation workshop have been carried out. It was built on the area of two demolished spans.

Still there is a lot of work, – the Project Manager explains. Further, concrete pouring of the site area as is, installation of lighting, heating, ventilation is scheduled. Besides, vehicle access road is planned to arrange.

“For now there is no any critical schedule delay. But the progress of construction directly depends on financing of the project, – P. N. Rogovoy said. – According to the original terms, under favorable development of events, the workshop will be finished on a turn-key basis by the end of June”.

To talk about how much money will be spent by the company on extension, is premature. During construction, new works on reconstruction of buildings and premises appear, so the actual monetary equivalent of the changes will be announced later.
News
0 Comments